If you were to recommend the record Ys by Joanna Newsom to someone they might ask you to describe it.  You would say, well it is folk music with lots of harp and orchestral arrangements by Van Dyke Parks.  That might not convince them.  You might say there are only 5 songs, but the record is 55 minutes and one song is 17 minutes, but it all seems compact and not too long at all.  That definitely might not sell them on it.  You’d tell them the vocals might be considered odd by most people, but they fit the music perfectly.  That probably would not work either. You could also tell them that maybe it was the most compelling record of 2006.  That there was nothing else like it put out that year or in the years since even by Joanna Newson.  That she has put out good records since, but nothing quite as otherworldly or ethereal as Ys.  Maybe that would peak their interest.  You could get more specific then and tell them when you listened to the record many times over one winter and you used to think it sounded like a fairy tale put to music.  That it sounded not like a child’s fairy tale, but one about the realm of the fae where the stories are about when someone’s husband disappears and comes back after 10 years and looks exactly the same, but has purple hair and speaks a different language.  That you used to wonder while listening to it on the train who around you might be one of the fair folk trying to trick you.   The tales where the world is shown to you by one of the fairies through a door that is in the middle of a forest and the world you see is beautiful and glimmers brightly.  It pulls you toward it.  Yet you can tell everything has sharp edges and just going through the door might cut you and you’re allergic to the most beautiful of the flora and if you go there you better bring your EpiPen.  You are glad you can see it through the portal, but you don’t really think you want to go there.  You’ll just sit back and admire from a distance.  After that they might want to listen to it or maybe not.  I suppose it all depends on well you sold it. 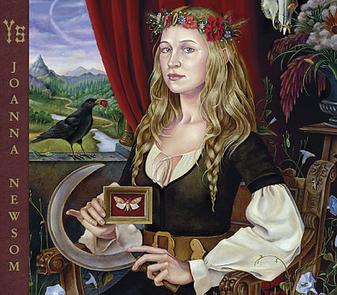 I liked metal music in the 1980’s and early 90’s.  I suppose much of the world did.  Bands like Metallica, Iron Maiden, and Pantera played in front huge crowds around the world and sold millions of records.  Somewhere along the line I lost track of the genre.  It wasn’t on purpose, it just wasn’t on my radar. Fast forward a decade or so.  In the early 2000’s I used to go to Manifest Records in Charlotte.  At certain types of record stores there are always people who will talk your ear off.  It is both a stereotype and true.  Over the years I depended on this interaction for new music to listen to.  Manifest has had those people over the years and one of them was an employee who was a huge fan of the record Leviathan by Mastodon.  I didn’t pay heed to his recommendation when he told me and quickly forgot the conversation.  Later that year I found the CD in the stacks and saw the cover.  The Leviathan they were referring to was Ahab’s White Whale.  That I did not expect.  I decided I should buy it.  I listened to the record that night and realized that metal music had continued onward when I wasn’t paying attention.  Leviathan was a combination of Black Sabbath and punk music and worked perfectly for the subject material (Moby Dick, drums and riffs for descent into the watery abyss).  I hadn’t heard metal music quite like it before. I wasn’t sure what to call it, but the record was great whatever it was.  I saw Mastodon later that year at the Casbah at Tremont Music Hall ( a great club gone, but not forgotten).  It was sold out in the small room and it was about as far from the arena metal of the Monsters of Rock as you could get.  The music though was just as loud as an arena rock and hurtled forward relentlessly in the space there was.  Thanks to the record store worker whose name I don’t remember, but who wore a trucker’s hat and had impressive sideburns at Manifest for helping me realize metal music still existed in 2004. In 2020 it is appreciated still. 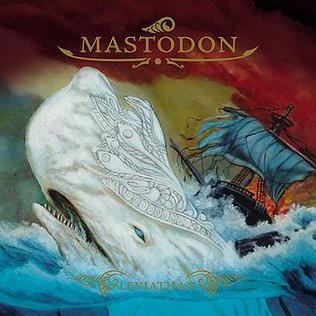 I am not a music critic and don’t have the best language for this, but I am going to attempt to tell you why the new #KendrickLamar album is so remarkable. Imagine when you are 16 years old you try something. You are a natural and over 10 years you become the best in the world at it. At some point in the future you are 29 and you learn all the success in your life is based on one choice made 25 years ago. This choice had nothing to do with you. It was arbitrary. You realize there were different possible versions of you based on this choice. Permutations that existed, but didn’t come to be. You decide to undertake an exercise of extreme empathy and make a record based on a version of you who had to deal with the opposite of the choice that was made. The record you make #DAMN represents how narrow the window of possibilities is that we slip through is and how many other possible versions of us exist. For some they are better for some they are worse, but they always exist. In my own life I sometimes feel the echoes and reverberations other versions of me would have dealt with, but I never did. Those tales become coiled in my head despite their non-existence. It is powerful to hear one such tale recorded over 80 minutes.

In 1993 I bought a record called Mack Avenue Skull Game.  It was was a fake soundtrack to a 70’s urban movie that never existed.  For a while I thought it was a real movie and it in the days before the internet it could take a while to find your way to the truth.  The band was never overly famous and never hit it big although they did have somewhat of a following and when I saw them live once it was a full room.  The album itself reminds me of a Tarantino movie.  It is a record made by white people and is a respectful homage to 70’s black music that stands on its own.  I equate it with Tarantino’s Jackie Brown.  I listened to it on Spotify recently see how it held up 20 years later.  The record is still strong.  The music is still gritty and tight and the vocals are occasionally remarkably.  It drives forward with momentum and never dwells too long in one place.  What sounded somewhat out of place in 1991 is much less out of place in 2014 as the world has come full circle and if Big Chief were touring today they be on the summer circuit festival making crowds move in the summer sun.  It is a record that was out of place in 1993, but it did make many people like me find our ways to the original 70’s funk records that inspired it.  On Spotify there is no related artists tab, because Big Chief kind of stood alone for 1993 any related artists would be from a generation before.  Personally I am grateful for the record as a gateway to funk.  I don’t know much about what happened to Big Chief and I don’t know much background information on them.  I kid of like it that way, the album just stands on its own.  I don’t think Big Chief made a record after Mack Avenue Skullgame, but for me it stands as a great record that time forgot. The waterfall knows no equanimity

In early spring it rages

From the remnants of melting snow

In fall it is bone dry

From the heat of the scorching summer

In winter it is still

The water cold and iced upon its rocks

To keep the waterfall in your mind

When it is steady

The water will escape its state

The effort is holding

Equanimity in your mind

When late spring is gone

And the water is a storm

Lou Reed was a capable musician, a fine songwriter, the epitome of cool, a jerk, uncompromising, and an icon of both the great and terrible things of the last 50 years.  His songs could be beautiful, touching, searing, self indulgent, disorganized, and compositions of remarkable skill.  The thing that was always shocking upon first encountering him was how mercilessly honest, self aware, and naked his art was.  Lou Reed represented truth in music and self expression in a way that could be jarring and unpleasant, but left one with the feeling they had encountered something real and tangible. At his best his songs were an artifact of a moment.  Those of us who followed his career and considered ourselves fans were not always entertained or pleased by what he choose to present to us, but in the end we stuck around because we never felt like we were lied to and our lives were richer for listening to what he had to say about the human condition.  When he was at the height of his powers and combined melody, realism, beats and words together there was nobody like him.