There were many Elephant 6 records that were popular in the late 90’s and there were a bunch I listened to on heavy rotation. Apples in Stereo, Beulah, Elf Power, Of Montreal, Olivia Tremor Control all made great pop rock records. There is only one that is as perfect and odd as any ever made that is Neutral Milk Hotel – In the Aeroplane Over the Sea. The lyrics of the record have been interpreted by obsessed fans for years so I will not bother. I know after a while Jeff Mangum got sick of talking about the record and what the meaning was behind it so I will honor him by saying I am not interested. I just went to genius.com and there are 7 people mulling over the lyrics right now. Good luck tireless annotators! The lyrics are beautiful no matter what they mean. I have no idea what the song Two Headed Boy is actually about, but damn does it pack a wallop. Jeff Mangum sing marvelously. Scott Spillane’s horns are perfect. Julian Koster makes random sounds with various instruments which seem completely necessary. Like many Elephant 6 records it is under 40 minutes and they didn’t need a minute more to make a classic record. 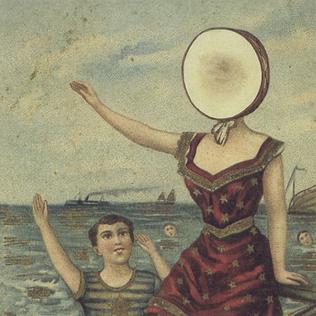 Going Down Rabbit Holes Inelegantly. View all posts by Gene